The Roy Company, LLC has signed a contract for pre-construction services for a building in the New Center area. Stay tuned for updates on this project. Andy Roy and his team are also leading renovations at the Buhl parking garage at Griswold and Larned Streets.

WolfVR developed 3D visualization images for a multi-family residential project in Brush Park that is now 100% under contract. The building is not quite finished as the exterior brick is being installed. Owners Michael and Connie Kelemen and listing agent Elizabeth Tintinalli hired WolfVR to assist with early-stage marketing to sell the units using realistic images. 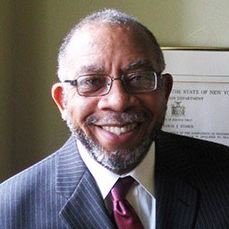 Louis Fisher, AIA, NOMA is celebrating his 40th year of living in Detroit and practicing architecture in the city. Louis owns Architecture & Urban Design, PC, and was project architect for the U.S. Tennis Association’s Arthur Ashe and Louis Armstrong Stadiums in Queens, NY (with Rossetti), the 1980’s expansion of Cobo Center in Detroit (with Sims-Varner) and designer for many other projects in Detroit. Louis is currently the national treasurer for the National Organization of Minority Architects (NOMA).

VM3 Consulting Corp. has been recognized as a Diversity Focused Company by Corp! magazine. Led by founder and CEO Alisha Moss, VM3 helps clients jumpstart diversity programs by providing strategies that will ingrain diversity into their organizations. As a small, minority, woman-owned strategic management consulting firm, VM3 understands the importance of diversity and the difficulty of implementing it into corporate culture.